Since the beginnings of the tech boom, the equation for success has always been closely tied with working long hours, hustle culture and the expectation that people never fully untangle their personal and work lives.

Isn’t it time that the formula for tech glory was rewritten?

The leaders of Immersive Labs would say so. The company, which helps improve cybersecurity readiness by empowering workforces, has seen remarkable growth since it was founded in 2017. What began as a small team working out of a shipping container in Bristol, England, has since flourished into an international team of over 190 employees (and growing) with $48 million in funding to play with.

It’s impressive. But perhaps more impressive is how they got to where they are: by putting their people first. To Immersive Labs, investing in the well-being of its employees is imperative to its success. After all, as Chief Revenue Officer Matt Knutsen explained, if companies can’t care for their employees’ well-being, how can they expect people to show up motivated and invested in the company’s future?

To Knutsen, actively encouraging people to take time off and strike for work-life balance doesn’t take anything away from the bold goals the company has set. If anything, it’s made those ambitious plans more attainable.

“When people take time off, the work still gets done,” Matt Knutsen, chief revenue officer, said. “But people are more engaged because they’re happier, and they’ve been able to deal with what’s going on in their respective lives.”

With the pandemic further aggravating stressors and mental health, this philosophy has only proven more effective. Built In Boston spoke to Knutsen, along with VP of Marketing Tarah Cammett and VP of Customer Success Stuti Bhargava, to find out what strategies they’ve utilized to light a fire in their teams — without burning them out.

Why has Immersive Labs made its employees’ mental health a priority?

VP of Marketing Tarah Cammett: Mental health has always been a priority for the company. But when the pandemic began, it became apparent very quickly that additional stressors that people might not have always had to bear — like being at home with multiple children all day — were there every day.

Additionally, because we were completely virtual, people were spending eight to 10 hours on a screen a day. There needed to be a balance between home and work, and that need for detachment — scheduling time blocks throughout their day, exercising, meditating, whatever — became critical for us. It’s not just about getting people through a pandemic, it’s about getting people through life.

Chief Revenue Officer Matt Knutsen: You can’t have success without having happy employees. And if you do, it’s not worth it because of all the sacrifices you’ve made.

It’s amazing what the company’s done to prioritize our happiness and well-being. I think all of our families probably feel it as well — they see the engagement and presence of all of us. I’ve got my kids on some of the enablement videos that are hanging on my shoulders. But so has CEO James Hadley and others, so it’s made all those things all acceptable, which I think has brought us all together closer as a company and made us more comfortable showing the real, raw side of our lives.

DO SOMETHING YOU’VE NEVER DONE

To encourage employees to take time off and enrich their lives, Immersive Labs launched a “do something you’ve never done half-day.” This program asks employees to take a break from work and try an activity they’ve never done before — but always wanted. The only ask? That employees share what they’ve been up to with their teams! “I went pike fishing for the first time on a fly rod, and it was amazing,” Knutsen said. “It encourages people to take time off and it helps them bring the rest of their lives to work so people know what they’re up to.”

What are some initiatives Immersive Labs has launched to keep employee burnout at bay? 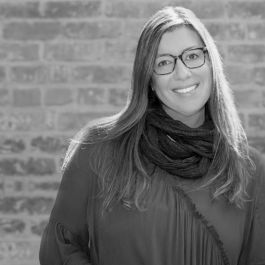 Cammett: We have programs, like Headspace, which the company pays for, and Wellness Wednesday programs for people to participate in. Flexible schedules have probably been the biggest piece for getting people through the pandemic. We also offer a ton of support in creating safe spaces and Slack channels where people could post if they were struggling and needed extra support.

The leadership team has sponsored all kinds of activities for employees that aren’t work-related. For example, I did a meditation session and Stuti did a Netflix watch party for “Die Hard.” We promoted time away from normal tasks to do fun things with each other, even if it’s just team time where we all drink tea together. Those have actually been hilarious — we all just laugh together for an hour, and it breaks the routine of working from home.

VP of Customer Success Stuti Bhargava: The company has also offered a pretty generous amount to spend to make your work environment comfortable. That was huge: A lot of people weren’t sure whether this remote situation was temporary but this stipend made a lot of people more comfortable in a workspace where they could settle in.

Early in the pandemic, Immersive Labs also sent out this surprise package that showed up in everyone’s door, which had a bunch of little swag items. I had just started working here when the pandemic hit, and I remember thinking this is a company that actually puts people first. It was amazing.

How has leadership helped in making mental health a priority for employees? 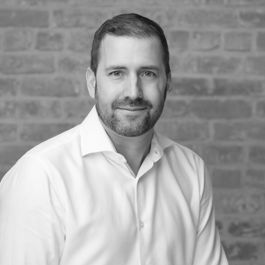 Knutsen: We use Officevibe and that’s constantly getting an assessment on how it’s going with the team, and what anonymous feedback the team has to offer. We spent a lot of time in leadership meetings looking at the data, acting on it and doing everything we can to make it the best possible place. We’re trying to give everybody the space that they need.

Cammett: All of these ideas trickled down from the top, and a lot come from a place of kindness — a lot of them really just work for the culture that we’ve created.

I was supposed to present at a board meeting on the same day something was happening in my home life. I said I could juggle both, but our CEO, James, said, “Absolutely not.” And he took that responsibility off of my plate. He cares, and he will shut you down if you’re in a negative health spot still trying to work.
Nobody is going to ding you for taking time off.”

Bhargava: Another example of James leading by example is when he took a week off and actually made IT deactivate his account. It just sets the example that if you end up taking time off — and if you don’t check your phone on your day off — that’s OK. Nobody is going to ding you for taking time off.

Lots of companies will point you to a health and wellness app and say, “There’s our entire investment in mental health — go figure it out.” But what really resonated was when James actually shared a pretty personal story on our internal communication channel. And for me, that was a day when I realized that this is not just someone who’s just trying to check a box.

Immersive Labs is scaling up and moving quickly. What does that mean for employees and for company culture? 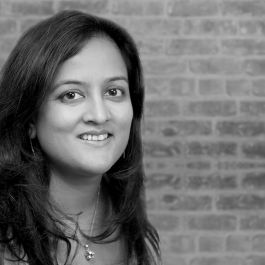 Bhargava: Since the pandemic hit and everyone became remote, our teams have grown a lot closer in ways that wouldn’t have been possible before. For example, during Pride our office would have done our own Pride Parade, Bristol would have done theirs, and maybe we’d share pictures. But this year we got to experience it all together in an organic way.

We’re hiring people who have experience and we want them to come in and change what we’re doing. It’s motivating to people and it’s different than working at a big organization where you’re a cog in the machine. So we try to give people the space to be creative, rather than making everyone adapt to our way. People have the freedom to make an impact.

Knutsen: We’re growing incredibly fast, in revenue and in headcount. The only way we’ll continue to hit our growth targets is by recruiting the right kind of people and giving them a career pathway. If we can’t provide them that, our employees can’t grow with us. And if we don’t have our employees with us for the long term, our culture will blow apart and we’ll never hit our targets. So it’s critical for us to spend a lot of time thinking about how we can better enable our staff to get them ready for their next promotion and grow with us.

So with this growth, how do you keep your teams motivated, moving fast — and not burned out?

Knutsen: Authenticity matters. All of the amazing, motivating things you hear people spouting off on LinkedIn isn’t really authentic — it doesn’t work. People see right through that stuff. They want to be treated as humans. Everyone has complex lives and all sorts of things going on that we missed before the pandemic. Leaders have to be vulnerable and acknowledge that in order for everyone to get behind what we’re trying to do.

People at this organization genuinely care. They ask you how you are doing and then wait for an answer. I think that creates a place where employees actually want to be and can bring their whole selves to work. Trivia and Zoom happy hours are nice, but the fact that we actually do the things we say we’re going to do and are vulnerable is probably the single biggest thing we’ve done to motivate our teams.

Transparency and vulnerability have gotten us through this pandemic and will continue to get us to all the goals that we want to achieve.

This article originally appeared on Builtin Boston and was written by Adrienne Teeley.